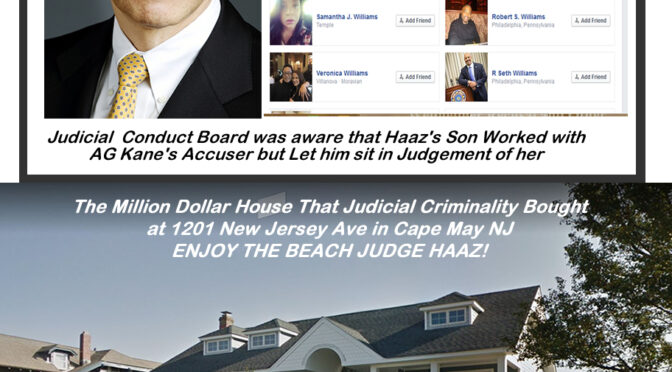 It may be old  news that Judge William Carpenter,  Senior Judge William Nicholas, and Judge Richard Haaz sat on the April 27, 2015 panel to determine if Carpenter's ambiguous protective order was violated by Attorney General Kane. But while thus far, Judge Richard Haaz has remained under the radar,  it may be time to give him his place of honor in the Pennsylvania Courts Hall of Shame.

What has escaped the corporate-run media, is that it appears that Judge Haaz, who concurred on the opinion that AG Kane had violated the protective … Continue Reading ››